It all started with a scratchy, somewhat surfacenoisy tape early in 1966. There were a few Italian words scribbled on a piece of paper – and someone called Guido Manusardi playing a whole lot of piano. Well, Sweden is fairly used to Italian musicians traveling the hotel and restaurant circuit. But Italian jazz musicians in the business – that was a novelty. Even more so since signor Manusardi appeard to be ready for a wide audience. In fact, not even that first and badly balanced do-it-yourself tape managed to conceal that the man was a minor-sensation. Unfortunately, research on the subject revealed that Guido Manusardi at the time was fullfilling a long-time engagement as a solo pianist in Visby. A town which certainly is within reach for the Swedish Radio, but also suffers from a shortage of decent rhythm sections.Temporarily, plans to record him had to be dropped.

A couple of weeks later, reports from the March 1966 San Remo jazz festival had it that one Manusardi, unknown pianist, was the man, and the revelation of the whole event. Our man from Chiavenna, Italy, had been invited by jazz critic Arrigo Polillo to play with Swedish rhythm section. Bjorn Alke (bass) and Bo Skoglund (drums). Frantic phone calls to Italy were all but successful: “Sorry, no tapes available from San Remo”. His album should help explain all the fuss. It is Guido Manusardi’s first and he gets expert backing by Sture Nordin, bass, and Albert “Tootie” Heath, drums. Tootie is, of course, American expatriate brother to Percy Heath of The Modern Jazz Quartet, and to Jimmy Heath, arranger and tenor saxophonist.

Since I’ve been told to keep this liner small-talk short, I will only bother you with a few more facts about Guido Manusardi: born in 1935 in Chiavenna; a resident of Sweden since 1963; digs Bill Evans, McCoy Tyner and others – a fact that you may be able to discover for youself.Without making too much of a cross word riddle of it – Guido Manusardi is also very much his own man. And yes, he speaks Swedish too – if you want to call him for your next birthday party.But there are already a few of us who have a notion that he won’t be around in assorted Swedish cocktail bars for ever. He’s been buried in such emporiums too long.

Bass player and teacher, was formed under the Cooperative musically Milanese “Orchestra”, led by Franco Fabbri, in the jazz movement in Milan gravitating around the local school and the “Terminal” in Milan, and courses in jazz Conservatory organized by Giorgio Gaslini. He started as a musician in the late seventies by joining the quintet of drummer Gianni Cazzola, and since then its growth as an artist has developed in several projects, which have seen him alongside musicians including most popular of the national and continental jazz.

Thanks to Enrico Intra, Manusardi took part in projects of improvisation and sound of movies and pictures. He has published articles and has participated in conferences and presentations in music libraries, community centers and therapeutic. Always been passionate about teaching, taught in the schools of Parma in 1981-81, Dolo in l989-90 and the Jazz Center of Turin in 1982-83, in the Summer seminar of Thelonious Monk Institute in 1989, in Sondrio in 2004, Arzachena in 2007 and 2008. Since 1988 he teaches courses in the Civic Jazz in Milan, where he teaches bass, theory, ensemble music and improvisation.

He’s the author of the method “Master jazz bass” (ed. Memories), and participated in educational projects “The Trumpet in Jazz” by Emilio Soana and Marco Mariani, and “Master of Jazz Drums Vol.2” by Tony Arco. He led his own quintet which has reworked music of the great bassist Charles Mingus, called “Mingus Fingers”, and since 2009 his own quartet, which was in the 2010 Festival of Iseo. Together with Anna Grillo is part of a project that offers workshops to work on the body, listening and making music together, and with her in Milan held a one-week workshop in the summer of 2010, entitled “Music a world of relationships”. 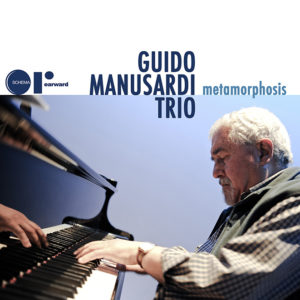 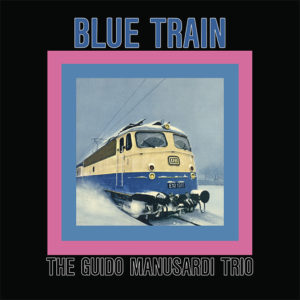