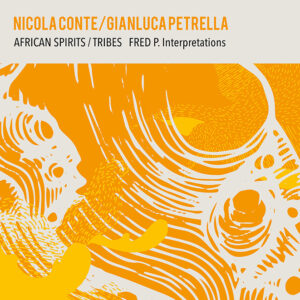 
Initially planned as a trilogy, given the success of this project, the series of 12” EPs featuring reinterpretations of tracks from the album “People Need People” – the brilliant work by Nicola Conte and Gianluca Petrella released in 2021 – closes with this fourth chapter, with the excellent contribution of Fred P. and his Interpretations.

Artist, DJ, Producer, Remixer and A/V Designer – born in New York and now living in Berlin – Fred P. has encompassed what it truly means to be an artist in the 21st century. With a discography growing exponentially year after year, he continues to push forward in his sound and his mind.

These two new interpretations of his constitute a little jewel in which Fred P. offers us a skilful blend where afro, jazz and house music create a cosmic spiritual journey at times nocturnal, suitable for the most sophisticated dance floors – in both cases with different rhythmic patterns, broken-afro for “African Spirits” and cosmic-house for “Tribes”, Fred creates here an open space, deep and simply at the center of the music!