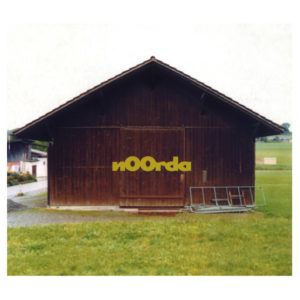 A Swiss typical studio between the mountains. This is the first approach of nOOrda to listeners, an image even before sounds setting the mood that seems to belong to northern Europe instead of a Latin country. This confers to nOOrda’s music an accessible picture for listeners able to benift from the warmth the album seems to give off, both physically and mentally.

This album finds its own place in the world of electronic music creating a soundtrack to ponder with your emotions, thoughts and states of mind. They achieve this generally starting from a simple voice or a plain guitar proving that in music less can be best. Quite particular is the constant reboiling sensation at the core of the whole sound; melodic and profound yet weaved with strong elements that sometimes find a brief second to emerge and then disappear again.

produced by The Dining Rooms