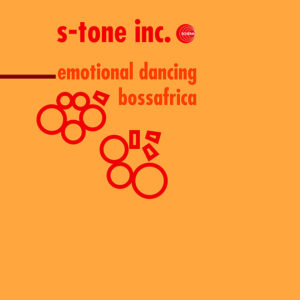 In 2003 a collaboration between Stefano Ghittoni and Stefano Tirone called Vuca gave birth to the “Bossafrica” EP. Two years after, Stefano Tirone released his solo album “Luz y Sombra”, from which the side A track “Emotional Dancing” is taken.

On the flip side there’s an exclusive rework of “Bossafrica”, the title-track of the above mentioned EP. As you can imagine by the name, it is a tribal deep tune ready for your dancefloors. All those rhythms are naturally filtered by Italian taste and flavours making the track an example of coolness and balance. In addition, Toco wrote the lyrics and sang on it, for a new version that hasn’t been released anywhere else. Beautiful and esclusive!

Laura Fedele - vocals on A1
Beppe Caruso - trombone on A1
Marco Brioschi - flugelhorn on B1
Giacomo Tringali - vibraphone on B1
Tomaz Di Cunto - vocals on B1
Stefano Tirone - Rhodes & synth on A1, B1
Stefano Dall'Ora - double bass on A1, B1
Marco Castiglioni - drums on A1, B1
Marquinho Baboo - percussion on A1, B1