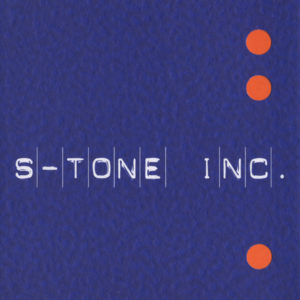 Three years after “Love unlimited” and two after the drum & bass concept album “Space Odyssey”, created with the stage name Cosmorama, this is the new S–Tone inc. project which does not betray the atmospheres and the variety of the first.

“Free spirit” is not a soul album in the sense the word is used, but soul is the key to read each track though other influences, from bossa nova to trip hop to name but two, blend together to create the distinctive “S–Tone inc.” sound. The new songs feature the collaboration of singers, like the soulful Angie Brown and the sensual Manuela Ravaglioli, both on the previous album, to the smooth D.D. Klein and the harsh Dany Rando.

A step forward from the precedent album is the extensive use of real guitars paired with vintage keyboards adding further depth to the already rich sound.

LP:
A1 Saudade
A2 Arejar
B1 Colazione Da Tiffany
B2 Angeli Fragili