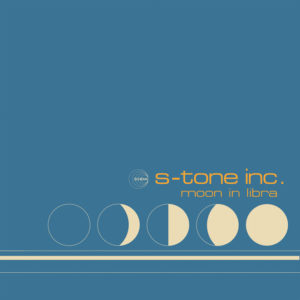 “Moon In Libra” is the fifth album by Stefano Tirone aka S-Tone Inc. It comes after a period of four years which was dedicated both to the production of “Outro Lugar” by Toco and to the search of a more mature and personal language. The album follows the same artistic path of the previous ones with a renewed passion for the Brazilian sonorities from the sixties, and is influenced by the soul jazz atmospheres connected to noir movies.

The project confirms the participation of singers and musicians whom are well-known in the Milanese jazz scene: the singers Laura Fedele, Angie Brown and Manuela Ravaglioli on one side, the Brazilian Toco and Adi Souza on another. Furthermore the record features the well-known Rosalia De Souza and Kal dos Santos (from the band Mitoka Samba), whom play a special role in the production of the pieces which bear Toco’s signature, and Daniel Richards (who guested in Fedreghini & Bianchi’s project) performing in a reinterpretation of “Stormy”, influenced by the bossa nova and Bobbie Gentry’s folk.

Among the tracks we find a cover of “My Only Man” by Piero Umiliani originally singed by Helen Merrill and here revisited in an uptempo key without losing the original orchestral mood. We also bring the attention to Marco Decimo’s cello (who is Ludovico Einaudi’s collaborator) who gives a touch of elegance and intensity to some pieces.

LP:
A1 Copacabana Soul
A2 Stormy (Bossa Mix)
A3 Lua e Xangô
B1 Ponta Da Pedra
B2 Universe Of Love
C1 My Only Man
C2 Queen Of The Night
C3 Better Than A Lie
D1 Doña Luna
D2 How High Is The Moon