A leading direction of contemporary jazz lies in bringing up to light, after a basic creative revisiting, important pages from that huge heritage of compositions and arrangements by which the march of jazz is studded with. An expressive dimension at a high level pointed out by this sextet of young but mature musicians who debut here as a group. A band definitely showing the knowledge, the global sense of the jazz history, even if the roots of its components are mostly in the bop tradition and in the experiences of 60’s and 70’s deriving from it.

That’s why is not correct to consider the musical proposal of “Look Out” as a remake of one of the most famous Italian and European jazz combo of the 50’s and 60’s: the quintet (further known as sextet with the addition of trombone player Dino Piana) of Gianni Basso and Oscar Valdambrini. It cannot be a remake because the Schema Sextet has been inspired by the wish of capturing the unmistakable sound of those groups in order to project it in today’s reality, reinventing it through the diverse feeling of young contemporary musicians. It cannot even be defined as a philological work because, except for Rosario Giuliani, nobody of them have ever studied the tracks listening to the original versions: in fact, in the full of gaps discography of this group, we don’t find the entire live repertoire, and for this reason Gianni Basso in person had to send to Rosario Giuliani the scores for the tracks that were never recorded. The only ones ever appeared on vinyl are “Look Out”, “Young man”, “Agitazione” and “Before Ten O’ Clock” present on GTA “Exciting 6” released in 1970 (or in 1967) someone says), “Lotar” and “Like Someone In Love”, released in 1959 and included in the famous Verve album entitled “the Basso-Valdambrini Quintet”, in which played the pianist Renato Sellani, the double bass player Giorgio Azzolini and the drummer Gianni Cazzola.

We don’t know of any other recorded piece, except for Bop’s Bubby that, under the title of Lunet, gave the name to an album of Gianni Basso. This tune has been renamed because, as many other compositions of the saxophonist (also the ones included in this CD), it was signed by the arranger Attilio Donadio. The arrangement work done by Giuliani has been mostly concentrated on the re-harmonization of the song, the blues, which constituted most part of Basso and Valdambrini’s repertoire, and on the rhythmic patterns. On the opposite side, few changes have been made regarding the alteration between parties in unison, call and response of the wind instruments and moments of pure polyphony (quite often on the “bridge”).

Fans of the original historical band do not have to be surprised by the addiction of electric piano and some afro-funk colours, because all this is a well made invention, where only the original line-up is left unaltered: in fact, also after the re-writing made by Giuliani, we still find tunes for quintet.

Finally, the most important aspect is the musical and artistic result this authentic and very tight group has reached. Thanks to their intuition of not looking to the most famous and visited jazz history, whereas concentrating their attention to the brilliant and almost unknown masterpieces born in that area always considered the periphery of the American jazz empire.This is a kind of jazz which moves us, in order to express feeling freely. The message in this album pushes younger generations to fall in love with this magic sensation, enjoying the energy which rises from it and runs through our veins. Enjoy and dream are the keywords. 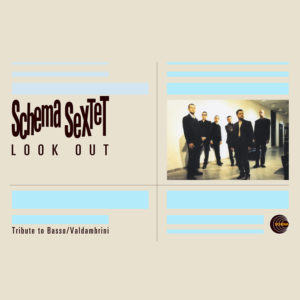