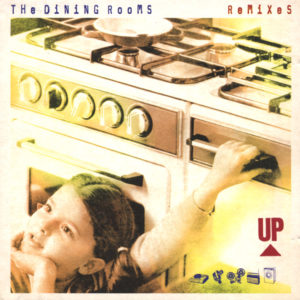 After the debut album “Subterranean Modern vol. 1”, released on January 1999 and waiting for the release of the second volume due in spring 2000, Stefano Ghittoni and Cesare Malfatti aka “The Dining Rooms” keep capturing our attention with a new album of remixes and outtakes.

The outtakes will be opening and closing the album with, first, “Lenny-The Stereo Hip”, which represents the beginning of the collaboration with the Belgian refugee Vincent Dalschaert, and “Ida”, an old dark jazz production found in the archive of the CHE studios.

The “Remixes” features the participation of artists like of Soulstance, Bedroom Rockers, Bruno Bolla & Roger Tegner, Omino Stanco with Agatha Crew (Andrea Lai and Riccardo Petitti), Max & Fab, Lagash & Spiral Man. The remix of Max & Fab has been released only with a record-player and a sampler, without any help from the computer… a real jam.

The CD format contains 10 tracks, while the vinyl one’s got 8 tracks + 2 of vocal samplers and effects.