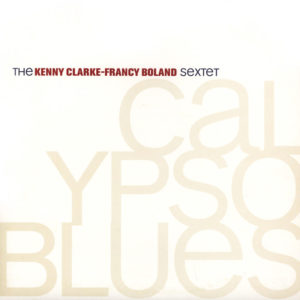 Had it not been for the post-war migration of many top American jazz musicians to Europe, it is quite likely that the legendary Clarke-Boland Big Band, one of the most noteworthy jazz big bands formed outside the United States, might never have come into existence. It was formed in 1961, when, with the help of producer Gigi Campi, the US drummer Kenny Clarke and Belgian pianist and composer Francy Boland and ex-Duke Ellington bassist Jimmy Woode brought together several jazz musicians of note. Although based in Europe, the band was truly multinational, also having several US musicians in the line-up. It was disbanded in 1972, after having recorded more than 15 albums. They released many of their albums on the German jazz record label MPS Records and members of this stellar outfit included Johnny Griffin, Eddie “Lockjaw” Davis, Ronnie Scott, Carl Drewo, Tony Coe, Derek Humble, Nat Peck, Ake Persson, Dusko Goykovich, Stan Sulzmann, Ack van Rooyen, John Surman, Jimmy Deuchar, Manfred Schoof, Albert Mangelsdorff, Eric van Lier, Ron Mathewson, Fats Sadi, Kenny Clare, Benny Bailey, Jimmy Woode, Art Farmer, Sahib Shihab, Shake Keane, Idrees Sulieman, Herb Geller, Jimmy Deuchar, and were joined on occasions by Phil Woods, Zoot Sims, Stan Getz and many others.

In between the much-acclaimed, epic recordings made by the Clarke-Boland big band, there were a number of memorable small group sessions, featuring key sidemen from the big band, which over the years have tended to be forgotten. This excellent 20-track compilation is largely a composite of two sessions: one recorded in the Alten Bahnhof von Rolandseck in Germany on September 25,1965 and the other recorded in Berlin on June 16, 1965. This is great and very hard-to-find latin-tinged music (used copies sell for big bucks on the used market), enjoy.