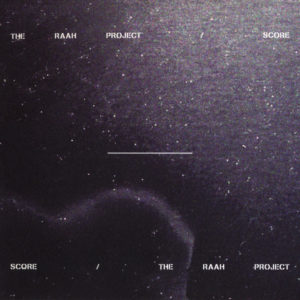 The adventure of Fabrizio Vitale (voice and guitar), Alessandro Ciani (guitar), Francesco Menegat (bass), Valerio Morrone (drums) and Federico Ciani (piano and keyboards) started in 2002, when a bunch of schoolmates decided to play their own music. The name HANA-B derives from their fascination of Japanese director Takeshi Kitano’s most famous movie with the same name. In this masterpiece, the band recognized the same poetic expressionism that was prominent in their own music: the clash between harmony and rage, between sweetness and violence, all in the same breathe.

At the beginning of 2008 the band decided to record new material in London’s Dairy Studio with producer James Loughrey (Hope of the State, My Vitriol, Razorlight, Dave Gahan, Page & Plant, Queen) in collaboration with Italian violinist and producer Davide Rossi (The Verve, Goldfrapp, Siouxie Sioux, Royksopp, Fripp), who is also well-known for all the strings arrangements in Coldplay’s three Grammy Awards-winning album “Viva la Vida”. This brought a new dynamic to the sound and the team was finally ready to record their first English spoken album. The production of the album starts in 2009 in London (Olympic Studio, Britannia Row Studios) and ends in New York’s Cutting Room Studios with James Loughrey. The mastering was done at Sterling Sound by Greg Calbi (Interpol, Blonde Redhead, Bruce Springsteen, Sonic Youth, MGMT etc).

orchestra conducted by Rhyno/Rogeon and committed on to 44.1 24 bit by Myles Mumford
each section was direct mixed and the room was captured in stereo when producer Ryan Walker engineered
mixed on a 18-track Neve Board by Chris Scanlin
mastered by Frank Tetaz at Moose Mastering