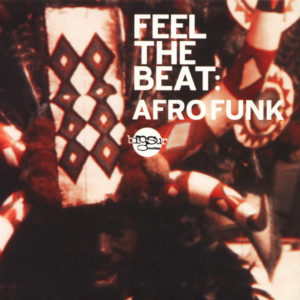 
“Feel the Beat: AfroFunk” is not just another Afro-Beat compilation. Its concepts resides in the mind of Massimo Napoli, passionate connoisseur of afro-beat, jazz and funk from years back. He decided to compile this collection picking from recent productions (apart from the Masekela track closing the album), which paid a deeply felt tribute to the old school of classics though.

Masekela is the chosen one to represent it in this recording. Then Massimo searched thoroughly amongst his favourite vinyls, consequently creating an intriguing selection of future afro beat; an imaginary bridge between the most up to date and modern Afro scene and the roots of the old, classic school. In other words, aiming at testifying the importance of such sounds in today’s music. A relevance reflected in the political as much as cultural stands taken by whomever the composer of Afro-Funk beats. So that the great music legacy created by past authors (among whom Fela Kuti transcended) is not forgotten whereas kept alive like their achievements.

After a couple of opening tunes with a more instrumental imprint, “Lagos Sound System” by Les Barons dives into original Nigerian afro-beat, where the vocal element is more present. A wonderful composition, loyal to tradition through a horn section which harmonizes willingly over incessant rhythmic loops. The new school comes on the scene through very interesting works by Quantic Soul Orchestra; Kokolo and the truly militant, as well as articulately skilful, Antibalas: their “N.E.S.T.A. 75” stands out like a contemporary afro-beat classic. It seems like this compilation ends by hitting its peak, with the two closing pieces: the version of Nina Simone’s “See Line Woman” by Femm Nameless adds value and style to the whole selection. Besides being an awesome take it is also very rare, considered it was previously released only through 400 copies on 12”. A true gem, like most of the compositions included in the selection, which exits with the only aged piece in the album: the marvellous afro-funky-groove of “Languta” by Masekela.