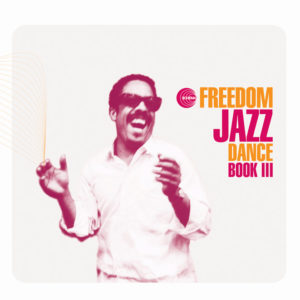 Approximately one year from the release of the 2nd volume, Schema Records feels that the time is right to put out a third chapter in the appreciated collection “ Freedom Jazz Dance ”. The inclination remains linked to the origins of the other two previous sections: the concept started from the idea of Luciano Cantone to suggest “new standards” which could be understood openly from new generations as well as offering a portray of the modern and contemporary European jazz scene.

In this context the natural purpose of the “Freedom Jazz Dance” compilations becomes giving a collection of contemporary classics. The strength of the compilation is the undoubted influence played by certain European countries in particular over nowadays Jazz. As proved by the artists here present, this compilation moves from the northern longitude of Finland to the Southern one of Italy, with two ‘digressions’ in past times represented by Sahib Shiab and Kenny Clarke-Frency Boland Sextet, geographically set in middle Europe.