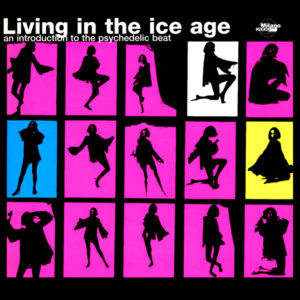 
The Black hole of today’s sensory overload is cheerfully swallowing a huge mass of indistinct stimuli, and spitting out an exhilarating mixture of mythographies and styles which feeds on incongruous oxymorons, eccentric juxtapositions, ultra-speed perceptive inflections. Planes intersect: the point in which media (pseudo) events, personal mythologies and urban landscapes melt, there arises a fecund psychic interzone which originates images, emotions and sounds.

It’s the collapse of the future on the present.
It’s the sex appeal of the inorganic.

The writer-mathematician Rudy Rucker asked the two fundamental questions of this new ice age:
How fast are you?
How dense?

Let’s get ready for the avant-pop era.

this record and this book were released for Ice Age Music Entertainment and also for an exhibition of Stefano Ghittoni and Giacomo Spazio @ Derbylius Gallery in Milan, Italy - 30 october - 22 November 1997