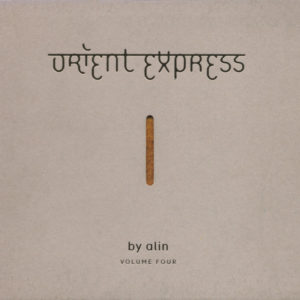 
With its fourth volume out, Orient Express is now an assured point of reference for those who wish to listen to music of some class contained in a high level compilation. The journey goes on with this volume, without slowing down, without losing intensity and carries us again into a whirlwind of music pieces that crash like waves on a reef.

We start with a piece of light, intense and sophisticated music and then we move on to Spanish themes, French rhythms, typically Tibetan choirs that come from the peaks of the world but also Indian music, r’n’b, Bulgarian music, music made in Italy, Arabian, Greek and Turkish music and drum¹n¹bass rhythms. A jump in the past and in the world’s music traditions, so that one can rediscover the by now typical Eastern and Arabian influences, more and more trendy in the environment of the avant-garde electronic music. It’s music that satisfies every taste, fascinating us in our more and more restless nights and making them as sweet and intriguing as an Indian chant.

It’s ever clearer that Orient Express undertakes a research that is ready to push us towards totally new and unexplored music horizons that will fascinate both the connoisseurs and the young people looking for novelty. Music for everyone, to resist the pleasure of tunes that can translate the essence of peoples into music, carrying us away in a day dream. Once more, we must thank Orient Express and its creator Alin for treating us to a very intense and long awaited music journey.