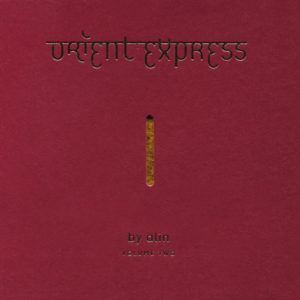 
The Orient Express compilation is back with it’s second volume. Even greater than the first, the second represents a one way ticket for a musical journey where you can enjoy the panorama and the melodies that distinguish far away and nearby countries. You will cross through the rhythms of France, the chanting emotions of Egypt, Arabia, and Turkey, the revelations of England, and the sinuous mysteries of India, all in 14 tracks that cross over every sense of popular music to achieve classy unobtainable pieces, that are mounted like precious stones onto a CD that can be defined as a collector’s item.

The music lets loose a wind that transports the artistic madness of races, summarising varied musical genres with mastery. It is gigantic rhythms that hover over timeless peaks of the world’s mountaintops, among the untouchable snow, like a thread that is taut and direct to the earth’s fiery centre. It is visionary belly dances with no veils, measured in the heart of the music of the new millennium. It is sounds that push themselves beyond sound and surpass the consumed night-club rhythms with grandeur. It is a piece of work that turns out to be a perfect fusion of mind and soul. It is a particular creation which the title “work of art” can be attributed to without reserve.