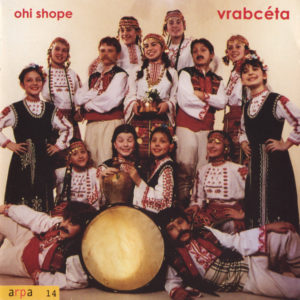 In Sofia, among dilapidated and gloomy prefabricated barrack-like blocks of flats, where many families still live crammed in the soviet lifestyle, in a part of town almost at the outskirts of the Bulgarian capital city, rich of trees, just beside a well groomed little garden is a two storey building, pretty, on a human scale and freshly refurbished.

Thanks to a recent fund allocation by the municipality of Sofia, the young people who show particular inclinations for the expressive arts and wish to do so can attend a freshly renewed structure, with recording studios, video room, theater and a gym for choreographies, made cheerful by multicolored walls and the rounded shape of floor and walls. The ‘Art Center for the Youth’ is a project started nine years ago by the local municipality and gave birth to artistic initiatives and theater shows of dance and music directly proposed by the kids who attend the structure. Among those, the most famous and praised both domestically and internationally are the performances by ‘Vrapcheta’, the ‘Little Sparrows’, a vocal and dance-theater ensemble formed by teenagers who meet after school and refine their talents under the guidance of teachers with experience in singing, direction, choreography, and music direction and with the help of stage designers, scene technicians and of the sound engineer and composer Boiko Petkov.

Here are conceived the boldest projects by ‘Vrapcheta’, who produce one show a year and punctually perform it in the theaters of the Bulgarian capital and in the largest cities of the country. On stage, the number of kids varies and peaks in the choral scenes, where thirty ‘Little Sparrows’ perform, singing, playing, and pirouetting in playful movements of dance-theater. Thus they stir the enjoyment not only of their ‘fans’ of the same age, but also of the grown up public.

Marianna Tafrova, the director of the ‘Art Center for the Youth’ is also the coordinator of the ensemble as well as the director of the video clip that we propose here and when she met me in her structure she asked me: “Who says that little sparrows can’t sing? They sure don’t claim they’re nightingales. But how much vitality one can hear in their chirp! There’s some heroism in their attitude. They don’t migrate when the cold wind starts blowing, they stay where they were born, in the rain, when it’s hot and when it’s icy. They are the children on the city. Years ago a famous French singer took their name for her own stage name and called herself Edith Piaf. It was practically her who gave us the idea of the Little Sparrows, because even when one’s small he must aim to the height of the sky. That’s how the motto of our vocal group was born: LITTLE SPARROWS – FLYING IS THE MOST IMPORTANT THING!”.

To date, ‘Vrapcheta’ produced many TV music shows, recorded three CD’s and are about to release two more recordings of their shows in Bulgaria. This record is their first work of international importance and it’s the result of a music project that aims to present to an audience much wider than the Bulgarian one the tones and rhythms of the traditional Bulgarian and Macedonian songs. We chose to present a selection of traditional songs from this very rich music folklore, where the kids’ singing is accompanied not only by local instruments, like gadulka (similar to a lute), gajda (bagpipe), ghimbarda or ocarina, but by a range of instruments more similar to the Western tastes, with vocal accompaniments inspired to ‘rap’ rhythms (OHI SHOPE) and hues with touches of Latin and rock sounds (IZGREYALA E’ MESSECINKA; NAZAD, NAZAD MOME KALINO and SEDNALO E GIORE DOS).

All that was received with playful enthusiasm by the kids, who in an explosion of improvisations performed the arrangements by Boiko Petkov, who was led in the recording studio by the genial musicality of the ‘Little Sparrows’.

In the proposed songs, the expressive variety of the Macedonian lyrics is enriched with the syncopated rhythms of the dance music (horo and recinitza) from the other mountain regions of Bulgaria, where the more often monodic singing is alternated to the more modulated one of two voices (dvuglas), inherited from the polyphonic singing style of the ancient Thracians.

Bulgaria has a very ancient music tradition, heir of the mystic ceremonies that the Thracian civilization absorbed from Persian influxes and from Mithraic rites, up to the myth of Orpheus, that still inspires the polyphonic songs of the people from the Rhodope Mountains, the most southern range in the Balkans. The legend tells of the Thracian singer who there enchanted nature and pacified it with his gold lyre.

The mountain territory of the Balkans has always been the meeting point of numerous populations, who left traces of their civilizations. In all the country a rich music folklore was created in time, both vocal and instrumental, that found its expression through the diffusion of different ‘music dialects’ rooted in different ethnic areas, each with its own peculiarities. The main music areas in Bulgaria are the territories of the Pirin Mountains (between Macedonia and Greece), the mid-West Balkans, Thrace (the area of Plovdiv down to the mid-South Rhodope Mountains), Stranja (immaculate forest area at the extreme South-East of the country), the central Rhodopes and Dobruja (the immense valleys of North-East that run to the mouth of the Danube). The folklore of Bulgarian music is made both of delicate melodies and frantic dance rhythms. Its rhythmic richness is characterized by a very original musical phenomenon, that is asymmetric bars. This peculiarity drew the attention of many musicologists and composers and Bela Bartok defined it ‘Bulgarian rhythmics’.

In these areas rhythm is a form of movement strictly connected to the method of expression of the various folk dances. Each rhythm of the popular melodies is in fact the base for different ‘horas’. Each with its specific steps and dance movements. It’s dance music. Dances that evocate scenes from everyday’s life, work in the fields, resting moments, ceremonies of love courtships, but also dances derived from mysterious and ancestral forms of communication, passed on by ancient populations that didn’t master the art of writing and narrated their own history through dances. Thus, dances became the principles of knowledge and told of the stages of life and the events of the universe. For instance, in the ‘Paidushko Horo’ (IMA-NEMA), the steps are devised so to codify the measure of the radius of a circumference. When the dancers take each other’s hand and close the circle, the essence of man in the unity of the universe is represented. Then a dancer breaks off and twirls alone in the center of the circle, representing the sun and its planets. Similar symbols and rituals are found also in other popular dances like ‘Recinitza’ (IZGLYALA È MESSECINCA and ZASVIRILI TRI SHTURZÌ) and ‘Kopanitza’. In the North-West of Bulgaria the ‘Daiciovo Horo’ (JETVARI) is the most popular dance. In the mid-West Balkans the ‘Grunciarsko Horo’ and the ‘Bucimish’ are common, while in the South and in the East the steps of the ‘Pravo Horo’ (DEVOIKO MARI HUBAVA), ‘Trite Pati’ (three steps) and ‘Krivo Horo’ are predominant. In the South-West of the country, in Macedonia, the ‘Makedonsko Horo’ (ZVETE SCIARENO; KOGA ZASCIUMYAT GORITE; NAZAD, NAZAD MOME KALINO and MAKEDONSKO DEVOICHE) is the local dance.

Such dances always attracted virtuoso musicians, who took the opportunity to widen the music structure with improvisations and creative inventions apt for their instruments. Bulgarian popular songs have therefore their archaic roots reflecting remote concepts, pagan beliefs and rites. With the passing of time, folklore changes, losing day by day its rural and magic side, substituted for more playful and amusing aspects.

Songs and dances are a fundamental part of the Bulgarians’ life. They reproduce rites and different aspects of everyday’s life. So, the job as a rite is staged in the songs about harvest and feasts; ‘sedyankas’ celebrate resting young men gathered in autumn and winter, contemplating and courting the girls at work. The song JETVARI, for instance, is made of refrains that are sung during the harvest.During ‘sedyankas’ people sing love songs and humorous play-downs, like the OHI SHOPE; BRE, PETRUNKO; KATO SVIRKI SVIRYAT, MAMO; ZVETE SCIARENO, that harmonize jokes and love skirmishes. More poetic and melodic are the love lyrics LALE LI SI, ZYUMBYUL LI SI?; DEVOIKO MARI HUBAVA; MAKEDONSKO DEVOICHE. The Balkan music tradition is also enriched with epic songs telling the deeds of warriors who were not subject to the Turkish Empire, in the name of freedom and Christian values. A classic example of that is the song KOGA ZASCIUMYAT GORITE. IMA-NEMA; SEDNALO E GIORE DOS and ZASVIRILI TRI SHTURZÌ are song that express polyphonic modulations, exalting the joyous singing virtuosity of ‘Vrapcheta’. Popular songs usually have short and simplified lyrics, melodies easy to learn by heart. Peculiar of the Bulgarian intonation is the interval called ‘hiatus’, present in the songs BRE, PETRUNKO and IMA-NEMA. Traditional Balkan lyrics are rich of poetry and harmony and reach a unique romantic strength. These characters are very prominent in Macedonian songs such as NAZAD, NAZAD MOME KALINO, where all the sentimental vigor of a woman from those lands is expressed, a woman who will never give in to any difficulty, who is ready to kill her rival in order to be united again with her beloved man.

Typical examples of the asymmetric rhythm bars are the songs DILMANO-DILBERO and DIMYANINKA.

In the arrangements of the songs of this CD, unusual accompaniments were presented on purpose. In JETVARI and DEVOIKO MARI HUBAVA natural sounds are entwined to various percussions, to enhance a primary rhythm – rattles, harness bells, various unusual object, handclaps and foot stomps. In OHI SHOPE and in ZASVIRILI TRI SHTURZÌ the kids’ voices are used as instrumental accompaniment. In most songs, typical instruments from the Bulgarian folklore were used, such as fife (kaval), bass drum, tarambukas, bagpipe (gajda), ocarina and harness bells (tracks 9, 11, 12, 15 and 16). More and more often the Bulgarian folklore uses modern instruments that give a ‘sound’ that’s nearer to the sound ambient of the countries of western Europe. So, the guitar is prominent in SEDNALO E GIORE DOS; MAKEDONSKO DEVOICHE and IZGLYALA È MESSECINKA. In the CD one can experience the variety of the range of vocal timbres of ‘Vrapcheta’, from the high descants of KATO SVIRKI SVIRYAT, MAMO, to the dense highs of LALE LI SI, ZYUMBYUL LI SI?, up to the more mature teenage voices of DEVOIKO MARI HUBAVA and KOGA ZASCIUMYAT GORITE.

Before I leave you to the listening of ‘Vrapceta’, I also must tell you about the close knit crew behind their success. The specialist in vocal pedagogy Valya Surguceva is a professional singer. She has the task of turning the ‘little sparrows’ into ‘nightingales’. The music layout of the songs is implemented by Katya Vutchkova. Katya is an orchestra conductor and has a vast experience of music work with kids. The songs reach their final form only after the intervention of the specialist arranger and sound engineer Boyko Petkov, from Studio CITY of Sofia. Choreographer Larissa Gheorghieva directs all the dance movements of the ‘Little Sparrows’, while the staging of their numerous performances is directed by Irina Denceva. The task of coordinator and manager of all the projects of the ‘Vrapcheta’ has always been carried out by art director Marianna Tafrova. Marianna is also the director of the ‘Art Center for the Youth ’ and also passionately carries out the role of photographer and video director of the ensemble. A stage designer, a costume designer and many more friends and people share the creative energies of this peculiar ensemble and take part to the production of the shows.