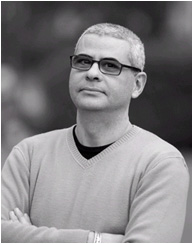 Music, like life, has many shades which make it more interesting and worth living for. People can share the experiences and from these bonds great synergies can born like the ones between Davide & Luciano. They have opposite characters yet share a similar approach towards life which has become the starting point of their work.

Like most great stories, why and how certain events come together can’t really be explained like the value of innocent gestures that create those but/if situations. Hadn’t Luciano brought his drum set to Davide’s studio…
Music is passion, it’s an expression of our creativity. A real artist can be considered someone that can express its deepest fears and hopes through sounds able to play these delicate keys within us. Luciano Cantone’s project starts right from this, to establish a music production that primarily considers what is artistic about making music itself therefore allowing this musical growth and expansion. This initial step was the creation of Edizioni Ishtar which was later followed by Family Affair Distribution in the early ’90s giving a start to the an Italian electronic scene worldwide.
A very fundamental part to all this is Davide Rosa, Ishtar executive producer and co-founder. This is the strong bond that keeps the idea of this label running, it creates a constant exchange of ideas that result in the many new successful productions. 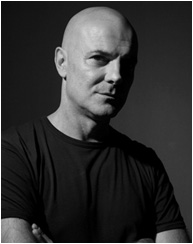 And all this is because of a simple gesture when Luciano, working in distribution, at the same time started to rent a small space to play his drums at Davide’s recording studio close by where he could play his drums. Today Family Affair distributes labels such as Ministry Of Sound, Defected, Compost, Ubiquity, Ninja Tune, Soul Jazz and F-Communications in Italy, and it also distributes Ishtar productions worldwide.

Luciano’s jazz influence gave birth to the first and the most representative Ishtar label Schema and the start of two great artistic relationship with Nicola Conte, producer and influence to the Schema sound, and Gerardo Frisina, virtually a living music encyclopedia. This extensive knowledge brought then to the creation of Rearward, a label concerned with jazz music between the 60s and 70s, which includes re-stamped editions of artists from that period. This happened thanks to the friendship with the jazz producer Gigi Campi.

Still considered as the main source of inspiration for all Schema’s music, Campi gave to Luciano and Davide the opportunity to continue his work entrusting them with his precious jazz catalogue (Campi-Cawoo) of the greatest European jazz orchestra of those years, The Kenny Clarke-Francy Boland Big Band and of all the musicians which gravitated around it such as Johnny Griffin, Sahib Shihab, Benny Bailey, Karl Drewo and many others.
The creation of good music requires knowledge of music itself and love for all of its shades.
This brought Davide and Luciano to broaden their horizons and create new parallel projects to be produced in relevant containers (Milano 2000, Big Sur, Sensible).

It’s contrived for the purpose of becoming a logistic base for all the Ishtar productions, expanding its sound horizons in collaboration with up-and-coming national and international producers. Recording studio, label and distribution will offer a kind of “all in-house” service to the music scene of our country, directing the attention to the international market and giving a privileged support to new artists.