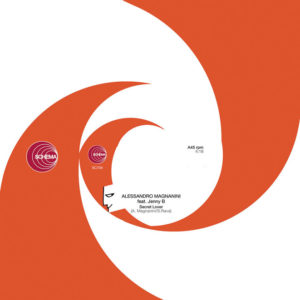 Taken from “Someway Still I Do”, the soloist debut album of the guitarist, composer and producer Alessandro Magnanini.

The consciousness to dedicate himself to an entire album develops after the great success gained by the Emilian artist as a composer. We are talking about that important hit which brings his signature, “This Is What You Are”, the song has launched the career of the Sicilian Mario Biondi. These two killer tracks will bring to mind the world of Bond.

The incredible performing of Jenny B evoke the powerful voice Shirley Bassey – here Jenny stands out singing with great personality both in “Secret Lover” and “Open Up Your Eyes”, that also delivery the typical atmospheres of the music by John Williams or the more recent ones by Duffy or Amy Winehouse.

A1 Secret Lover
B1 Open up your Eyes