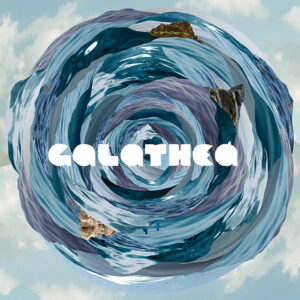 GALATHEA is the new project created by DJ Massimo Napoli, and the title of his first album.

Galathea comes from Greek mythology. She is one of fifty ‘nereids’ – nymphs of the sea, daughters of Nereo and Doride. Such an image points the way to the atmosphere that pervades this new production: dub sounds, spiritual sounds and African settings.

Whilst seeming to be a mixture of ideas, the album conceals a strong personality that establishes Napoli as a creative force. This creativity stems from a focused attitude to club culture with an emphasis on electronic dub which then evolves into a myriad of influences and styles that makes Galathea a unique listening experience.

Mediterranean culture, Afro, cinematic melodies, jazz, spiritual sounds and hypnotic settings lead the listener into an unconscious escape. Galathea’s ten superbly mixed tracks succeed in demonstrating how a skillful production that uses fluidity and a mixture of genres can naturally evolve into a dream–like journey.

SUNSET DUB* – Composed in collaboration with musician producer Salvo Dub, with a dynamic and percussive first section followed by minimal dub and electronica.

SIMETO – Asian influences merge with jazz. The delicate sitar fits perfectly with dub sounds, like the river’s ripples gently flowing towards the sea. Simeto (Symaithos in ancient Greek) is a name derived from a river that flows into the Ionian Sea from the slopes of Etna.

THIS IS AFRICAN JAZZ* – The sounds of the Savannah inspired the development of this track and takes the listener on an intense and spiritual journey accompanied by African dub and percussive sounds.

SPIRITUAL WIND – The essence of spiritual jazz music can be heard on the central 5/4 rhythm, the deep double bass line and the operatically informed voice.

DUNE – From Africa to the Caribbean, the dividing line is narrow: ‘Dune’ references Cuban and Puerto Rican culture. But the atmosphere that distinguishes this track is the interplay between Latin rhythms and dub sounds.

AFRIQUE – The melodic line and the rhythmic Nigerian Afro-funk blends with the dub sounds; the result is a song that’s innovative, heavily loaded and powerful, but also a fine listening experience.

SIRENS – This could be called the ‘song of the sirens’. An ethereal and percussive track enhanced by the sound of the sea, sea birds and the haunting sirens’ voices.

SCIROCCO – The warm and hypnotic atmosphere of this song with Asian hues is reminiscent of the Shurhùq or midday wind – a warm wind that blows from the southeast over the Mediterranean Sea. The result is an explosive mix of musical cultures with the addition of dub spiritual sounds.

KARMA BLUES – An Afro blues track with real impact. The presence of kora and reggae singing perfectly colours the recording, rendering the composition delicate and atmospheric.

AMANECER* – Meaning in Spanish the appearance of daylight, as though it were a sweet soundtrack that welcomes the sun, while the strings accompany the sound of the sea and the singing of sea birds.

LP:
A1 Afrique (Album version)
A2 Sunset Dub
A3 Black Sands
A4 Karma Blues
B1 Spiritual Wind
B2 Scirocco
B3 Dune
B4 Simeto
B5 Sirens