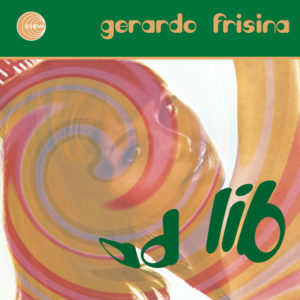 A few years ago Gerardo reunited two musicians from the Italian jazz scene, and out from this reunion sprang the album “Indefinita Atmosfera” by the band Neos (SCCD/LP 304). This is how the collaboration between Gerardo Frisina and Schema Records began. As a great musical expert, and disc collector with a fierce collection of vinyl rarities, Gerardo has become the reference point of many international DJ’s today. The Schema catalogue enthusiasts know that Gerardo was the devisor of the reprints from the Rearward branch (the historical research of Schema Records) and was also the compiler of some fortunate projects like “UP” (SCEB 904/905 CD/LP), “Metti Una Bossa A Cena” (SCEB 906 CD/LP), the two reprints of “Cabildos” (SCEB 902/903 CD/LP), and the reissue of “C. Hilton Brown” (SCEB 907 CD/LP).

This new project, entitled “Ad Lib” from Latin ‘Ad Libtum’, which means “at your own pleasure/ Freely” (a term that is often used by jazz musicians, almost like interpreting the freedom of expression), represents all of the experience of he who loves music. Hours and hours of listening and diverse musical genres are now maturing in this new project. It’s an amalgamative achievement that sounds of the past, present, and future where all the musicians that have taken part in it have given their fundamental contribution by being able to easily interpret the ideas and the atmospheres that Gerardo wished to obtain. An important contribution to this project has been that of the Gianni brothers and Enzo Lo Greco, known to the Schema audience as Soulstance but also that of Fabrizio Bernasconi on piano, Andrea Dulbecco on the vibraphone and Barbara Casini on vocals.

Gerardo explains his work as so:
“The sensations that I felt listening to the final disc, were emotions of joy and melancholy, as if an invisible messenger had told me a fascinating story reawakening echoes in me from the past, from when I would let myself be carried away by the infinite emotions of listening to music. Diverse emotions of losing one’s way, of when the melodies lost their way I lost mine, of a soul that rises again and soars, and of when the melodies took again to flight. I hope that in a homogenous way I have been able to represent more musical genres, those that have influenced my musical culture, in particular Brazilian, Jazz, Afro-Cuban, and I hope that I transmit the emotions in part which have accompanied me during this journey to the listener”.