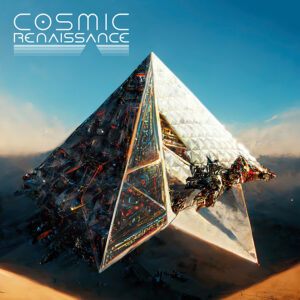 
Mermaids really do exist, and I discovered this a few days ago. I came across the fantastic story of the Ama, literally the women of the sea. They live in Toba Bay, Japan, and have a long-established custom that has been passed on from one generation to another for more than two thousand years. Not so few. What do they do? They jump into the sea half-naked to fish for seaweed, octopus and, above all, for pearls. They are the real pearl fisherwomen. They reach a depth of just under 30m, with only the strength of their lungs. They are as beautiful as the sun. When they ascend, due to a strange play of sounds and noises coming from their hyperventilating lungs, they emit a kind of whistle that sounds like the cry of dolphins. Or more precisely, the song of mermaids. They go down into the deep sea and search for pearls. When out of the water, they train all their lives and help each other passing on practices and secrets, confiding in one another to stay united. And they are cohesive, never envious of one another, just a great sense of belonging.
With his new work Gianluca seems to have drawn from this ancient hunt, made up of memories and traces. He submerged and searched in the remotest memories and ancestral sounds of skins, streets, eras and styles. With his appreciation he has connected black ghettos, slums, townships, ‘the bronx’ of all over the world and explored them with the curious sounds of contemporaneity. Gianluca also has a very cohesive community of musicians around him, he is proud of this, and with them he finds his element, his peace.
‘Anyone who doesn’t get along with musicians has an unresolved problem,’ he tells me. And that’s why he makes a point of letting it be known that each of the five well-known members of his Cosmic Band and the many valuable guests who populate this new record, contributed decisively to the creation of these crazy tracks. In what way? By using the words of their instruments, generating a language that serves precisely to connect past and present, useful for finding the thread of dialogue. A continuous back-and-forth between generations.
To speak of the best in the field is an idle exercise: all have striven in the realisation of the composition, all deserve full praise, none excluded. Ovations for all.
If you think you are only listening to jazz, you are sadly mistaken. There are exotic ghosts, promises of evasion. There is a celebration of the human condition. There is a life in here. A plunge into the heart of music and its many languages. A record about confrontation on words, about memory, about being true to oneself. But it is also a work on how complicated it is to come to terms with what we call identity, and Gianluca rewrites this identity in his own way. A work made of whispers, murmurs, in which music and language try to invent a new encounter. That takes us down into the abyss of the sea and up to the sky.
Federico Scoppio

UNKNOWN DIMENSION
At the beginning of the journey there is stillness, curiousity. You know where you are, your starting point, but not where you are going. The curiosity of the unexplored. A simple woodwind theme moves on a very radiant, harmonic accompaniment. A deliberately different dimension from the rest of the record, the beginning.

UNIVERSAL LANGUAGE
It is the eponymous track. This is our language, the language through which we musicians express ourselves. Different origins, skin colours, backgrounds and experiences, but through music we can communicate without barriers. This song tells us how a closed world made up of boundaries could never exist for a musician.

CONNECTION
The connection between water and human being. Anna Bassy’s voice comes from a spoken word that lingers, the harp flows as if we were in wonderland. An auspicious piece for the future, in a world that is anything but wonderland.

COMES FROM THE GROUND
The baritone sax is the centrepiece of this track with an imposing sound that seems to come from the underground. Bebbe Scardino is unique in recreating these emotions and sensations. The sax comes from the underground until it is fully perceived, then drifts through the air in its absolute beauty.

WONDER
How wonderful… is wonder. Everything we appreciate more than we should, surprised beyond measure by something totally unexpected. A wonder that can be found in everything, in every person. This piece is a eulogy to wonder.

NOMADS
I feel like a nomad, and my colleagues and I are a bit nomads since we spend half of our lives between travels, hotels, stages and ever-changing faces. I tell it in music, the way I feel it.

EDUCATION
To fix what is wrong with our personalities, in our living together with other people, in the pursuit of a healthier life… the basis of everything is education. Education can really bring us to a state of peaceful coexistence both between human beings and human beings and nature. It is only through education that humans can rise to a higher state.

ANCIENT JAZZ
I have always been passionate about old jazz in the sense of organic jazz, played by instruments. On the record there are lots of other sounds, so it would seem like an oxymoron, but these contrasts are my bread and butter. I feed on them.

NATSU
It means Summer. And since Mr. Sandro Orrì (DJ Gruff) has strong ties with Japan, and I have too in an infinitely diminished way compared to him, I wanted to tell about our relationship with Japan through this song.