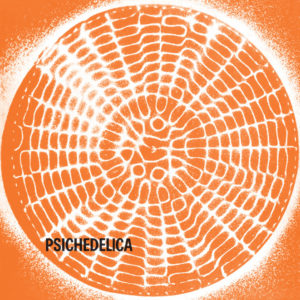 
Before talking about Psichedelica, one of the many and rare library albums signed by Piero Umiliani, we must step back in time, until June 1968, when Umiliani was working on the score of “Svezia Inferno e Paradiso” (Sweden Heaven and Hell), one of the many collaborations between director Luigi Scattini and the Maestro. In fact, a large part of the music recorded for that movie, one of Umiliani’s most popular works, would be later selected for this library release. Originally issued by the label Omicron, which pressed 200 copies, not even destined to be sold. Despite the title, a misleading “Psichedelica”, and a suitable colored cover, this LP walks – of course, one might say – along the lines of Scattini’s film soundtrack, among beat outbursts, orchestral tracks and some references to the rock sound of the time, as can be heard in the second of the two versions of “Hippies”.

Those who know will remeber that “Psichedelica” contains the first version of Umiliani’s most famous composition: “Mah-Nà Mah-Nà”, a track that will be a mixed blessing of his artistic life. Considered a filler and discarded from the soundtrack of “Svezia Inferno e Paradiso”, it was originally called “Viva la sauna svedese” (featuring Alessandro Alessandroni and his wife Julia on vocals, as well as in “Birra, Vermouth e Gin”); it was then retitled and re-released in the US a few months later, achieving unprecedented success and even ending up in the charts; later known as ‘The Muppet Show’s song’, it became almost immediately a world famous cult track, an authentic hallmark of Piero Umiliani’s popular genius.

LP:
A1 Viaggio nell’inconscio
A2 Sequenza psichedelica
A3 Nel cosmo
A4 L’uomo integrato
A5 Contestazione
A6 Hippies
A7 Hippies
B1 Stoccolma my dear
B2 Viva la sauna svedese
B3 Birra, vermouth e gin
B4 Notte di mezza estate
B5 Organo e chitarroni
B6 Folk song
B7 Cow-boy