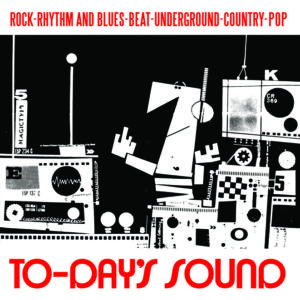 
Originally released as a double album and conceived as a collection of episodes destined to TV broadcasting, “To-day’s sound” has quickly become one of the most popular works by Piero Umiliani and certainly is one of the best of his long career. Umiliani, here on the job with Moog, Hammond and keyboards, is accompanied by a group of excellent and talented jazz players: Franco D’Andrea and Giovanni Tommaso (both in the Perigeo group), the trumpeter Oscar Valdambrini, guitarist Silvano Chimenti from I Grès group, percussionist Ciro Cicco and many others.

With the original intent to offer radically different styles and atmospheres, in order to promote the use of the tracks in movies and TV series – in fact, the psycho-funk “Open space” was used for the opening credits of the movie “Baba Yaga” – “To-day’s sound” is the perfect example of Umiliani’s incredible and diverse talent, capable of mastering diverse genres and sounds without losing his personal touch.

As stated on the cover: “Rock, rhythm and blues, beat, underground, country, pop”, we can also add electronic music and funk, in order to complete a sound palette that only very few other composers displayed. It is hard to pick the best track in a record (a double album to be specific) so rich of gems, from the title track to “Caretera panamericana” (with “virtuoso” Moog improvisations ), to “Bus stop” and “Music on the road”, to end with the wonderful soul of “Green valley”: this is just Umiliani at his best!