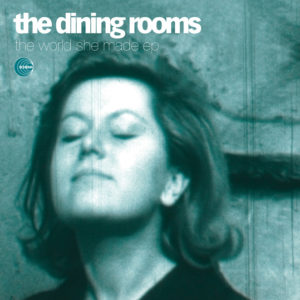 “The World She Made Ep” is the third single taken from “Experiments In Ambient Soul”. It contains a previously unreleased spiritual ballad “Ocean”, which is also featured on “Break’n’Bossa Chapter 8” as a different version along with 3 remixes. The two vocal jazz tracks in the album, co-written with Don Freeman, gain new life here courtesy of the work by two among the most stylish producers of the moment: Yam Who? (“The World She Made”) and Parov Stelar (“Destination Moon”). The two tracks, originally more ambient, get treated here with a new intriguing production definitely more aimed at the dancefloor. The 12″ is completed by a mezzotempo breakbeat house version of “Diamonds & Conforts” produced by Double Beat. Soul hip hop goes 4/4.

LP:
A1 The World She Made (Yam Who? rework)
A2 Ocean (Original mix)
B1 Diamonds & Comforts (Double Beat remix)
B2 Destination Moon (Parov Stelar remix)

Produced by The Dining Rooms (Stefano Ghittoni and Cesare Malfatti)

A1:
written by Stefano Ghittoni, Cesare Malfatti and Don Freeman
Lyrics and vocal arrangements by Don Freeman
Rework by Yam Who?, London, UK