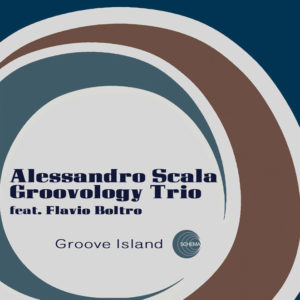 For a long time Flavio Boltro and I craved the idea of recording an album as a quintet. We had been playing that way for a while.

In 2011, in occasion of the Artusi Jazz Festival, Flavio introduced me to Leo Corradi, with whom we played at the festival. Immediately we felt something special was happening: the atmosphere was amazing and we had a great time playing. Later on, we played together again, both as a trio and a quartet, performing original compositions written by Stefano Paolini and myself – music characterised by strong funk elements. These works had an incredible impact on our public and we decided to record a session together. That day many inconveniences disrupted our work and we ended up recording everything at the end of the day, at breakneck speed in one take: this preserved the ‘live’ feeling, the outcome resulting in a catchy, vibrant sound, fun and hard to label.

We wanted to remain connected to tradition, embracing a spread of influences from Soul to Funk and Boogaloo, but always sounding unmistakably contemporary.

Recorded at Duna Studio Russi (RA) Italy in June 2012
Recorded and mixed by Andrea Scardovi
Tracks 1,2,4,5,7 written by S. Paolini, 3,6,9 by A. Scala and 8 by L. Corradi
Pictures by Domenico Bressan and Cristina Scala