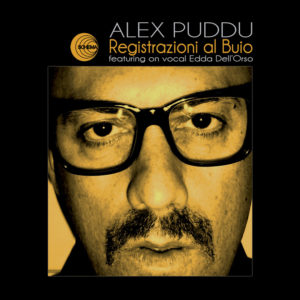 This album is an amazing journey into the world of soundtracks and library music of the 70s. In french they would call it “Music pour l’image” and this term gives you the exact idea of the deeply evocative potential of this sequence of notes does have.

“Registrazioni Al Buio” is indeed a fresh and charming recording by a talented musician and gifted producer who brings new life to old sounds by restyling, merging, and mixing old and new musical intuitions. The result is somehow familiar if you loved the works of Lesiman, Bacalov, Pisano or the infinite genius of the maestro Morricone and his old time friend Alessandroni, but at the same time it sounds new, with echoes of ’No wave‘ intuitions à la Lounge Lizard.

There is no fine sampling job here. Everything is perfectly revived by combining vintage instruments and great knowledge of sound recording.

From the delicate opening theme of “Il Canto delle Orchidee” you are thrown into a swirl of emotions, some of whom are dark and tensive, while others are very introspective and sensual.

A true gold mine of musical gems, the album contains wonders like the mysterious enviromental sounds used to create a particular gothic pathos (check out “Mother’s Milk”) or an amazing spaced out trumpet.

With no doubt you will immediately recognize the voice of Edda Dell’Orso, the famous singer especially known for her collaboration with Ennio Morricone, who enriched a few tracks with her unique wordless singing.

As in a movie by Quentin Tarantino, where the lesson from the past is totally assimilated and reworked, but you still might be able to tell ‘what it is and where it came from’, this album is an original hommage to a ravishing musical past.

A perfect blend of the love and knowledge of the fine connaisseur and original experimentation.

An album to file alongside those old classic soundtrack masterpieces that still sound fresh and inspiring after so many years.

Recorded in Copenhagen and at the Blue Spirit Recording Studio in Milan between november 2011 and november 2012
Mixed by Marco Olivi and Davide Rosa
Assistants mixer: Federico Dascola and Francesco Borrelli