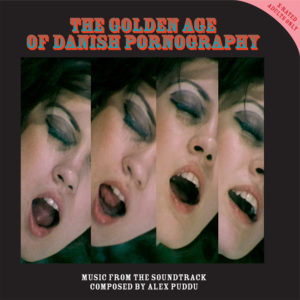 After a show at Copenhagen Jazzhouse with my band, Alex Puddu and The Butterfly Collectors, I came to meet an old face from the underground music business, Jan Schmidt, who I knew but not as much as I came to know in later years. He used to own a few brilliant indie labels such as Pingo, Cloudland and April Records, back when some of the coolest bands from the Danish indie scene were around. I recall that after that gig, Jan and I had a hell of a lot to share with each other: Food, music, Italian giallo and horror movies from the 60s and the 70s. In fact, just about everything!
Later that year I was signed to do 2 albums with Alex Puddu and The Butterfly Collectors, ‘Chasing the Scorpion’s Tail’ followed by ‘The Silcence of the Sun and The Rhythm of the Rain’, by April Records, and even if the records did not sell so well we had a wonderful time recording them and we built up a great relationship between us. I must admit that my music tastes have always been affected by the visions and the movies that I saw back in the days when I was a teenager growing up in Italy to the Dario Argento score of “Profondo Rosso” or “The Warriors”. I probably got much more into it with time and at that point I just had to do something about it, and that is when I started to record my first solo albums after the break-up with Puddu Varano under the pseudonym of Alex Puddu and the Butterfly Collectors. This was very cinematically inspired and believe it or not I have always known from the start how to compose and produce a track from the very beginning to the very end with a perfect vision and artwork. Last year Jan told me that he was going to release some vintage collection Danish porn films on DVD and he needed to have some music done. I immediately thought of myself and believed that I was that right person for the job. I knew this was going to be something special for me.

Some of the songs like “Naughty Girls at the Wild Party” or “Black Triangle” are built up from cool and freaky fuzz guitar riffs and I also have to say that beats production is awesome. This was easy for me since I have been a drummer for many years and I just love this king of music so I did not have any trouble in the recording session and I got exactly what I wanted! But you can not forget that this album would not have been possible without the help of some of my wonderful music ‘mates’, such as my good friend Peter who played sitar and guitar on a couple of tracks, organist Soren Christensen from The Blue Van who played such excellent organ on these tracks. In fact Soren, when I asked him if he wanted to play on the session, after he heard some of the tracks, wrote to me a mail saying ’Porno from the 70s? Oh yeah, that’s me man’. Then there was ex Butterfly Collector, Massimo Fiorentino, on the Wurlitzer piano, Jesper and Hendrik on wind instruments, my Italian friends from Sardinia, Beniamino and Gavino, occasionally on bass and guitar, and last but not least Trina on vocals, who did a great job trying to sing like Edda Dell’ Orso, my favorite female vocalist from the Italian giallo music scores.

LP:
A1 The Barber Shop
A2 Kinky Hairdresser
A3 Madam Delight
A4 Miss Butterfly
A5 Massage Salonen
A6 The Dirty Games Of Dr. Love
B1 Naughty Girls At The Wild Party
B2 Black Triangle
B3 Lusty Nurses
B4 Sex Bar
B5 Lady Lovesport
B6 Piano For Lovers