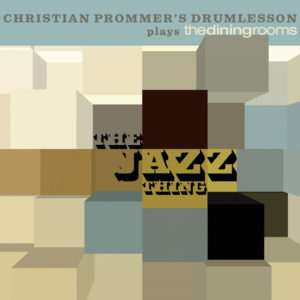 To him then it was commissioned the production of “The Jazz Thing”, with the intention of re-inventing the most successful tracks from the Lo-Fi band The Dining Rooms such as Tunnel, M. Dupont, No Problem, Thank You, Pure And Easy and others. Some of the original pieces here re-interpreted were included in the soundtrack of TV Series such as Sex And The City, C.S.I. Crime and Six Feet Under. The collaboration between Christian Prommer and The Dining Rooms started with the remix of a track by the Milanese band: Fatale, appeared on “Ink EP 3” and the last remix album “Other Ink”.