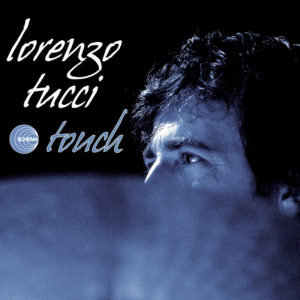 Lorenzo Tucci, one of the most valued drummers in the international jazz scene, distinguishes himself for his expressive pathos and his capability of spreading to the new generations the teachings of the great masters (Art Blakey, Philly Jo Jones, Elvin Jones, Tony Williams, Max Roach) of the past, using a personal style which underlines all of his versatility.

2008 represents an important year for Lorenzo Tucci. First of all this is because of a new collaboration that amplifies his great passion for latin-jazz, and then because it comes the idea of a new soloist project. I’m talking about “Latin Mood” conceived by Javier Girotto and Fabrizio Bosso, and “Sol” is the title of the record and the proof of an inventive and original way of treating tango and milonga in a jazz key. Lorenzo Tucci’s ambition prompted himself to produce and play a record entirely composed of his songs, and he decided to rely upon the production of Schema Records.

This new album, which contains arrangements and orchestrations close to those ones belonging to the glorious Clarke-Boland Big Band, moreover honoured with six reinterpretations of great classics of its, is a well-balanced mix of jazz, funk, bossa nova, latin, dance and pop, with a strong groove and a flawless swing. The musicians Lorenzo has gathered around him are among the most appreciated ones in both the Italian and international scene: Fabrizio Bosso, Pietro Lussu, Gianluca Petrella, Nicola Conte, Luca Mannutza, Daniele Scannapieco, Max Ionata, Pietro Ciancaglini, Paolo Recchia, Luca Florian e Gianfranco Marchesi. Their notes meet the voices of Alice Ricciardi and of the very young Walter Ricci, a talented singer discovered by Lorenzo Tucci and considered a new white hope of the Italian adult pop scene.

LP:
A1 Ensadinado
A2 Lilemor
A3 Just Give Me Time
B1 Please Don't Leave
B2 Wives And Lovers
B3 Olhos Negros
C1 My Kind'A World
C2 The Sky
C3 Balanço No Samba
D1 Day By Day
D2 Wintersong
D3 Tropicola