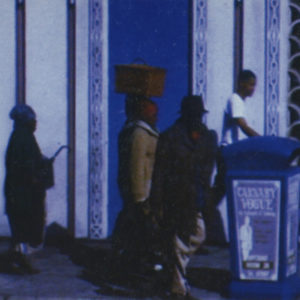 This is the second 12″ by Double Beat, after the release of “Something new”/”Beat it” before the summer of 2006, from their second album “Something new’.

It is a three track EP: “Profondo” is a mid-tempo inspired by a deep-house feeling between dub and Afro-beat echoes, the latter resounding in the back-ground rhythm. “Africa 70” is a club-twister that whilst paying homage to 70’s Afro-beat in the meantime fuses in it electronic elements. Respect is due to the old school of Fela Kuti but the approach is certainly modern and explosive. “Africa 70” gets then an intriguing percussive house remix by Mr Parov Stelar. Bass and guitars are quite funky, the beat reminisces that of Old-Skool House.

Double Beat is a contemporary interpretation of contaminated Funk, we love it.