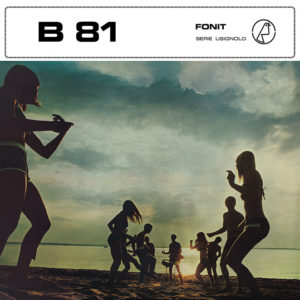 
Due to an overwhelming number of reissues and to the steady and meticulous work of collectors and passionate music lovers who have been spreading the word about it, the realm of Italian library music has moved from being some kind of hidden cult to becoming a well defined niche. Authors such as Alessandroni, Umiliani, Sciascia, Tommasi and Sorgini have become more accessible to the uninitiated, while prices of the original presses of their records keep surging.

Among the multitude of composers that wrote library music in their careers, Fabio Fabor is still surrounded by an aura of mystery. Born in Milan in 1920, Fabio Borgazzi (this was his real name) was a composer and musician who wrote mostly operas, symphonies and chamber music. Lingering between his love for the classic canon and pop and electronic experimentalisms, Fabor developed a parallel career as author of Italian pop music (his songs had been interpreted by popular singers as Fred Buscaglione, Nilla Pizzi e Nicola Arigliano at the renowned Festival di Sanremo) and – more interestingly for us – as a composer of experimental and electronic library music. Among the numerous releases he left, “B 81” and “B 82”, Ballabili “Anni 70” (Underground) are worth remembering: both published by the legendary Serie Usignolo, a sub-label of Fonit, these titles are available again now thanks to Schema Records.

“B 81” and “B 82”, both released in 1970, are library music in its most traditional meaning: short tracks aiming to accompany radio and TV shows, orchestral Pop à la Bacharach, space age pop, hints of bossa and beat from the previous decade. If we take for good the description of “Paradiso Hippy”, one of the tracks on the record, the release is a ‘moderato pop, melodic, effectively nostalgic but vibrant’. Enjoy!

LP:
A1 Satanas
A2 Blue Meditation
A3 Telegraph Center
A4 Curandera
A5 Sexy Tours
A6 Cat Ballade
B1 Matildas
B2 Skinnj
B3 Alexandra
B4 Orsella
B5 Paradiso Hippy
B6 Violini Allegri