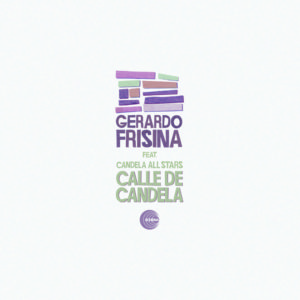 After the memorable Latin experience of the Candela Festival in Puerto Rico, the Latin boogie specialist Gerardo Frisina decided to title “Calle De Candela” the track that he started in Milan and finished in Old San Juan. Featuring the precious collaboration of Puerto Rican percussionist Hector Calderon this piece encapsulates the old-time Descarga feeling blended into a contemporary club-beat. Tested by Gerardo during his DJ set at the arts and music festival (hosted by Pablo Rodriguez in his club ‘Candela’), this track was approved by enthusiastic crowd reaction when it dropped. Hence the title which is somewhat of an homage to the spirit of the festival that has been running for 5 years now. This piece was then completed with added extra parts and final mastering done in Milan. Now it is ready to storm dance-floors worldwide this Spring/Summer ’07. A sure bet, granted by the quality of the fine musicians involved (the Cubans Gabriel Clemente and Aleandro Mercado; the Milanese jazz drummer Maxx Furian; the Argentinean Pepe Ragonese on trumpet) in order to prove that classic Latin structures can be adjusted perfectly to contemporary beats. To add value to this 12” Gerardo recorded another version of the same track, with a jazzy Vibes performance by Maurizio Vespa.

On Side B lies another brand new track, “Es Diferente”. It is indeed different to Gerardo who winks an eye to Broken Beat, as shown by the rhythm session which sounds indeed ‘broken’. Both tracks will be included as previously unreleased in a collection of remixes Frisina did for various labels, due to come out later on in 2007.

Gabriel Clemente - piano (A1, A2), tenor saxophone (A1, A2, B1)
Pepe Ragonese - trumpet
Hector Calderon - percussion on A1, A2
Aleandro Mercado - double bass
Maxx Furian - drums
Paolo Fedreghini - programming
Angelo Pusceddu - percussion on A2
Maurizio Vespa - vibraphone on A2
Ernesto Valdes - percussion on B1