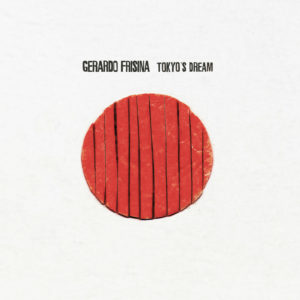 After the international response of the acclaimed album “The Latin Kick”, Schema presents Gerardo Frisina’s return on the scene through a brand new single: “Tokyo’s Dream”.

The title on Side A originally was conceived as an exclusive track for the Japanese edition of “The Latin Kick”. It is indeed an homage from Gerardo to Japan in general and Tokyo in particular, for the fabulous reception always given to the artist’s music as well as reflected in the warm welcome received on tour. “Tokyo’s Dream” stylistically is in tune with “The Latin Kick”. Even though it is more Jazz and less Latin. Gerardo maintained Luigi Bonafede on Piano, Germano Zenga on Sax as well as Marco Brioschi on trumpet. The latter shines on an impressive solo, which expresses a gusto typical of Latin jazz musicians in the early 60’s. The sound in the composition reflects itself autonomously, in the awareness it is very appreciated as such in Japan.

On Side B there is a gem to be found by the name of “Zenja”. A another dedication from Gerardo, this time towards a man more than a place. Zenja is in fact the block in La Habana where Chano Pozo was born. An obvious reference with reverence to the man who contributed with Dizzie Gilespie in merging jazz with Latin. A piece that connects “Hi-Note” with “The Latin Kick”.

LP:
A1 Tokyo's Dream
A2 Zanja
A3 Es Diferente