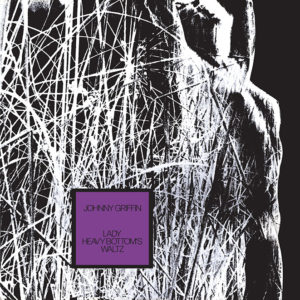 They called him the “Little Giant” long ago in Chicago – they still call him so. In order to understand why “Little” you have to see him – it’s enough to hear him to understand why “Giant”. But just to listen to him means missing out on so much. “I just look at Johnny and feel the power of positive swinging”, the “producer” says.

Like most small people (let’s not exaggerate the “small” – he’s not exactly a dwarf) Johnny appears to have been blessed with an extra portion of energy. He’s always on the move, it must be torture for him to keep still for five minutes. (A dentist, I imagine, would only be able to treat him by giving him a full narcotic.) When he talks he emphasizes his words with quick and expansive gestures which remind one of the lightning reflexes of Muhammad Ali. And he enjoys talking a lot.

Maybe it’s this excess of energy which prevents him from taking things too seriously. John Arnold III Griffin, had he not have become a great musician, could easily have succeeded as a clown. He always finds a reason to laugh and to make others laugh.

He once told a reporter who had asked what all reporters sooner or later ask – the question about future plans – that he was going to give a concert with Ben Webster. He followed this up by whispering secretly, “We are appearing as father and son!”.

One day in the studio he received his part for a new title to be recorded. He took it in both hands, looked at it for a few minutes over the top of his glasses, screwed up his face and said, “Man, I can’t play this, it’s impossible!” He turned the music upside down and added, “It doesn’t look any easier this way around”. And he laughed. But then he sat down, ran through the part a couple of times as rehearsal and proceeded to play perfectly the extremely difficult and complicated Boland composition. For he does take one thing seriously – his music. The British music critic Valerie Wilmer called Johnny Griffin “The aggressive virtuoso”. Griffin played the tenor saxophone aggressively at the time when the expression “intensity” had not been occupied by Free Jazz: hard tone, exciting phrasing locked together with absorbing rhythms.

Concerning the “virtuoso” – Johnny Griffin is a bit tired of being termed – like a trigger happy cowboy – the “quickest”. “They always talk about my being quick but what is “quick”? It’s just my way of expressing myself, that’s all. To be quite honest, the reason for my playing like I do is because I’m so nervous. I just have to take my horn in my hand and it starts to vibrate. I don’t play in order to prove anything, I just play because I enjoy it”.

Johnny Griffin says that he has become quieter since he has been living in Paris for the past five years. But a European? “Oh no, I’m still genuine Chicago”.

LP:
A1 Foot Patting
A2 Please Send Someone To Love
A3 The Turk’s Bolero
A4 Deep Eight
B1 A Handful Of Soul
B2 The Jamfs Are Coming
B3 Lady Heavy Bottom’s Waltz