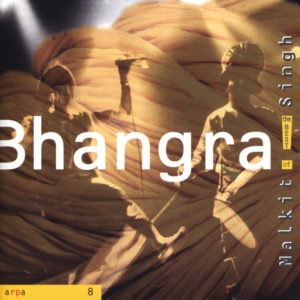 
Today in Great Britain, the vogue is strongly characterised by Asian influences. Even a band like Kula Shaker, with such a bad neo-fascist career of its leader, is now showing off an Indian look, trying to use, in all sense, a culture completely unknown to them. Of course, this is considered, by most part of Asian young people, just a “tourist style”. A long time is gone by from when, in the years of the economic boom, the first considerable arrival of Indo-Pakistan immigrates in the United Kingdom, which have been the founders of the biggest aggregate among all Asian ones present in Great Britain on that time, closed themselves into small self organised communities, with a rigid discipline regarding morality and customs.

Due to their narrow-mindedness, in addiction to all the material problems and the racism they had to face off, the penetration of Indo-Pakistan culture into Britannic Society was restricted just to the gastronomy. Until fifteen or twenty years ago, for their youth, and not only for the females, of the second generation of the immigrants, it was rare to go out at night. In the venues it was difficult to find young Asians. Then things changed rapidly. A not small factor of change came through the music that is called ‘bhangra’.

Originally connected specifically to the celebration in a rural environment of certain anniversaries, such as the reaping of crops or the new year, bhangra is the most popular musical genre of the Punjab, a region split by the borders of India and Pakistan, from which come the most culturally dominant component of all the immigrants of southern Asia in Great Britain. Immigration then brought bhangra to UK, The United States, Eastern Africa, as well as other parts of Asia, as festival music, for ceremonies, and weddings, a use that is present to date. But in the eighties a group of musicians from Southall, the Indo-Pakistan suburb of London, started to play this music with synthesizers, samplers and electronic drums. Alaap, as the group was known, found a large success in opening a new chapter in the history of bhangra. The new instrumentation blended well, in fact, with the physiognomy of this musical genre, with it’s dynamic rhythmic-percussive essence: in its traditional form bhangra is characterized by the rhythm of the dholak, a large wood drum carried by means of a shoulder strap and beat with sticks, as well as the dholki, a smaller drum beat by hand.

In the middle eighties the new bhangra emerged as an up going, playful music, which combines a traditional punjabi matrix with elements of rock, disco, hip hop, house and reggae (and later also techno, drum’n’bass, etc.), sometimes reaching levels of extraordinary combinatory intelligence. The attitude of this mixed bhangra in Great Britain certainly finds comfort in the attitude of mixing of pop music’s sensibility: but it isn’t native of the isles, because it comes from far away. Behind the generally exhuberant, humoristic and joyful physiognomy of bhangra there is, in fact, a backland that is well accustomed to the combination of different cultures. Punjab has always been a melting pot of culture. But the opening of bhangra has even sinken its roots into a more recent tradition, that of the Indian film soundtracks: so as to substain the frenetic productive rhythms of one of the most prolific cinematographic industries in the world, the composers of soundtracks in Bombay have transformed the capacity of putting together disparate musical material (from polka to cha cha cha and from music taken from westerns to Arabian slow melody) in a genial art of recycling and creative mounting.

In the past fifteen years or so, bhangra has created a climate that has permitted the second generation of Indo-Pakistan boys and girls to find pleasure in congregation through the expression of themselves in a liberty that would be unthinkable for their parents; it has contributed to their freedom from the isolation that others of their age experienced, taking away the image of their being introverse youth, part of a community that was to be observed with diffidence; has raised the cohesion of the young indo-pakistans, helping them to attenuate the internal agressivity of the community caused by the ethnic differences and religious faith (Sikh, Muslim and Hindu). Bhangra supplies to all, an example of comforting identity that doesn’t defend itself by isolation, but redefines itself opening and entering into contact with the modern world: and with innovation contributes to create new forms of tradition and authenticity.