Marvin Parks is an American jazz singer hailing from Baltimore, Maryland. Drawing inspiration from his mother Zelma (a gospel singer) and the late Natalie Cole, the young Marvin nurtured the dream to become a jazz singer. He focused his studies on jazz, traditional pop and the American standards, those iconic songs that made singers like the Coles, Frank Sinatra, Ella Fitzgerald, and Tony Bennett themselves legendary.

After performing in singing contests and participating in the local music scene of Baltimore, he moved to New York City in 2007 to pursue a career as a singer. In 2012 he released, independently, the EP ‘The Very Thought Of You’ and was also featured on the album ‘Brooklyn Butterfly Sessions’ by Stéphane Ronget’s Rongetz Foundation, released on the label Heavenly Sweetness. In late 2013, he went on a three weeks trip to Europe, but after falling in love with the city of Paris, decided to stay.

Some may recognize Marvin as the guy who sings jazz tunes a cappella in the couloirs of the métro parisien, where he started after a bank ATM kept his card one night. He continued to do so after, determined to build his fan base one smile, one song, one handshake at a time – his talent and determination eventually gaining the attention of Le Monde.

Since arriving in Paris, Marvin has performed at various jazz clubs such as Café Universel, Bab-i-lo, Sunset-Sunside, and Cave du 38Riv, often filling them with the people he sees everyday in the metro. He performed at ‘L’Emission d’Antoine’ on Canal+ and has sung at festivals in Serbia, Denmark, Germany and Italy. And in 2015, began to develop his one-man show titled ‘Marvin Parks: American Jazz Singer’. 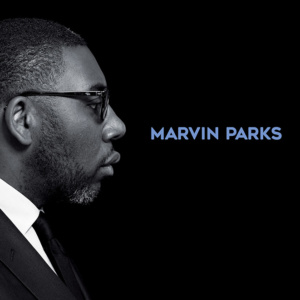