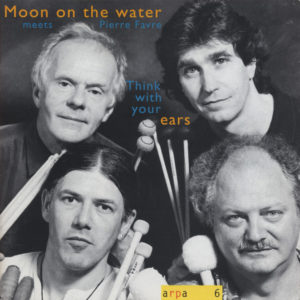 At the beginning of the second half of the century, in the so-called “contemporary music“, composers and performers made the effort to connect strings and horns with percussion: they made the skins, sticks and metals “sing“, they “beat“ the stringed instruments, the keyboards and the brass, trying to find common languages and sonic elements to be shared (Cage, Berio, Stockhausen, Kagel, ect…).

Music belonged to all the instruments, a cello was no more noble than a drum, the nobility being in what the musician obtained from the instrument. Such is the case for the album presented here: Percussion and drum exist, before any other reason, for the music, all the music, with its emotions, reflections, complexity, variety of tones and timbres, and with its mysterious relationship with time, without turning its back on one of its primary characteristics: the rhythmic energy.