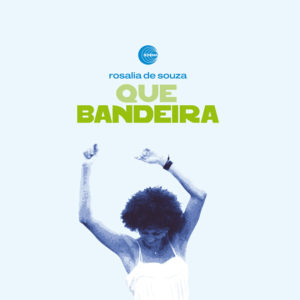 Second 12” single taken from the amazing new album of Rosalia De Souza, “Brasil Precisa Balançar”, that has just come out at the end of January ’06. The entire work was produced by the legendary Bossa maestro Roberto Menescal. Whereas this song features another great Brazilian singer amused by duetting with our Rosalia, Marcos Valle.

This vinyl contains 3 different versions of the same song, and a very own Gerardo Frisina revisited version. Side A presents his rather uptempo remix, which transforms the contemporary Bossa into a Batucada inflated bomb to shake any club. By adding new piano, double bass, drums and percussion, Gerardo gives the tune a different flavour. Side B opens with the album version. As ever impeccably arranged by Roberto Menescal, quirkily musical in the duet of Rosalia with Marcos Valle. The extra track by the Trio is a flawless instrumental execution by authentic Brazilian musicians. The Piano is on marvellous display, whilst drums and double bass sustain rhythmically the piece by accompanying without a glitch.