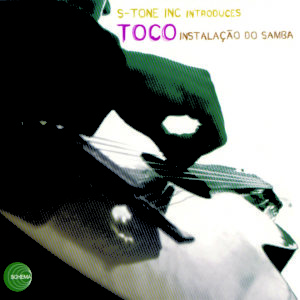 “Instalação Do Samba” is an album of modern bossa nova with seven tracks that focus on the rhythmic culture and tradition of Brazil. The first and second track are a tribute to the original samba, ranging from Cartola to Ismael Silva, while the others are a tribute to the city of Rio de Janeiro, to the dancing-school “Estacio De Sa” and of course to the dance. All tracks are produced by S-Tone Inc. and written by Toco, except “Roda 22”, which is written by Toco and S-Tone Inc. and “Estacio De Espirito” which is written by Jean Kuperman and Toco.