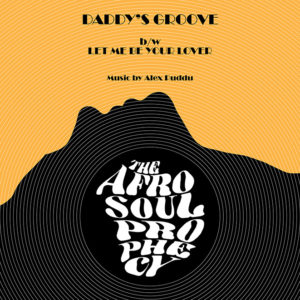 On the path to a full-length record, which will be released on Schema in the nearby future, and after the introductory afro-dub 10-inch EP “The Devil Made Me Do It”, The Afro Soul Prophecy project welcomes the Spring of 2017 with a series of two exclusive 7-inch records, for a total of four fully instrumental new compositions.

This second 45rpm of the series consists of the main track “Daddy’s Groove”, a catchy funky song with a wah-wah guitar in support of a long saxophone middle section, paired with the slow-paced “Let Me Be Your Lover”, a perfect music companion for the most heartfelt and romantic moments.

Once again, the longtime Schema Records collaborator, composer and multi-instrumentalist Alex Puddu has lent his creativity and put his music signature on these tracks, for an exciting and charming result!

A1 Daddy's Groove
B1 Let Me Be Your Lover