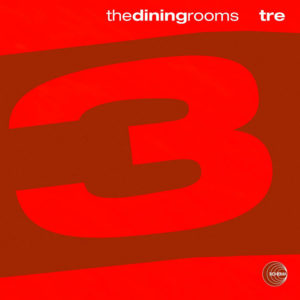 TDR is not mere sounds.

You hear sounds but you feel music. TDR is a project about ‘more than music’, about now and then, present and past. It is music and images as well. To see what one feels is a language of boundless parameters: it’s about sharing communication beyond words. What is apter than music and images to do it then? In TDR project, music and video stay togheter to create a movie, a juice of emotions in which distance between sounds and images is reduced to the minimum to set free our ’emotional loops’.

“Tre” is the new long-awaited 12-track album by The Dining Rooms out for Schema after two lps on the research label Milano2000, “Subterranean Modern” and “NumeroDeux” and a lot of appearances on the most important atmospheric-downtempo compilations. 12 tracks and 2 videos to be precise (Maria Arena is the brillant filmaker working with TDR). 12 elements redefining the borders of TDR music, drawing inspiration from Jazz, Africanism, Hip-Hop, House, Soul with true eclectism. “Tre” is a turning point in the history of TDR and represent a sort of change of perspectives.

Some great guests like SoulPatrol from Compost, Anna Clementi (the voice of G-Stone Tosca project) and the undiscovered talent of Sean Martin (he’ll touch your soul with his incredible voice) give the record a special touch but the remarkable main feature is the mastery of the music matter that Stefano Ghittoni and Cesare Malfatti show us in this chapter: you can’t any longer use standard clichès and genres to describe it. From the black’n’soul of “Tunnel” and “Fighting 4 Rebirth” to the floor filling grooves of “African Loungesters” “Prigionieri Del Deserto” and “La Città Nuda” through the downtempo delights of ”You”, “Anima Per Amarti” and “Astroblack”, “Tre” is an emotional journey that confirms TDR as producers with great sensibility and taste.

Recorded at Che Studio in Milan (2001/2002)
Sound assistance by Giornata Bettini @ Noorda
Mastered by Giovanni Versari at Nautilus in november 2002
Sean Martin: voice in 1 and 8
Anna Clementi: voice in 3, 5 and 11
Paolo Milanesi: trumpet in 10
Vincent Dalschaert: piano in 10
Luca Bonazzoli: bass in 3 and Keyboard in12