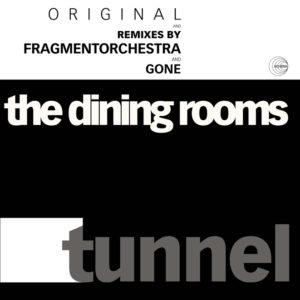 The first single extracted from the forthcoming TDR album “Tre” is the track opening the record, “Tunnel”. It is a slow blues gospel ballad made essentially of few elements, a superb piano line and an incredible black voice, the one of Sean Martin, a talented guy from South Africa now living in Milan. The track starts off slow gradually trailing the listeners into the sweet simplicity of its structure. Strings and voice grow togheter in a crescendo able to touch people in heart of hearts. Before you know it you’re conquered by this song, like mesmerized. The track received various appreciations by the gotha of nu-jazz, people like Jazzanova, Michael Reinboth and Michael Rutten and was playlisted in the famous “Gilles Peterson’s Worldwide” radio show.

The 12” includes the original version and two other mixes, the broken funk clubby-style version from FragmentOrchestra, the broken-bossa project from Schema, and a ballad reinterpretation from the new-born project Gone.

B2:
Additional production and remix by Gone