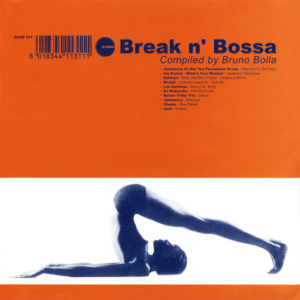 
The first chapter of “Break n’ Bossa” mixes Brazilian jazz with electronic breakbeats. Conceived by Luciano Cantone, co-founder of Schema together with DJ Bruno Bolla, developing a project that has now become a reference point for the new club scene having and also becoming the starting point for musical inspiration.

This great change forseen by Schema has, at the same time, been expanded to further levels and to a different audiences other labels and their artist able to unite many styles with two simple words that have now reached a brand of its own.