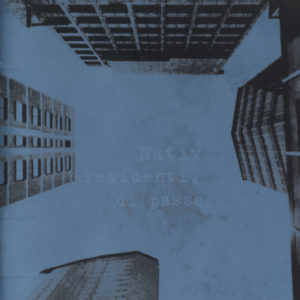 The first release for the new born label Milano 2000, combines the efforts of various artist of the homegrown underground scene. The fifteen tracks contained in the compilation are the creation of fifteen artists of different origins and musical extractions. The result is a product destined to satisfy a public more aware of new contemporary musical tendencies.

The compilation can be artistically divided into two separate approaches. Artists like Di Malta, Stephanie Stocks, Peter Sheekey, S-Tone Inc. and The Dining Rooms are more rooted in soul, dub and trip-hop, whereas the more instrumental tracks by Stefano Cerullo, Armonia, Straight Beat and Paolo Ferrario are more influenced by deep house, jungle and ambient. An additional surprise is the booklet which contains fifteen short stories inspired by a futuristic metropolis, a personal vision by Fausto Vitaliano.