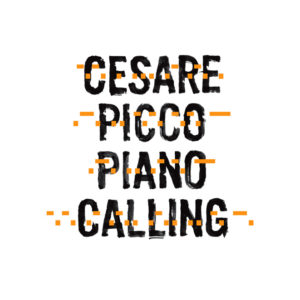 14 new tracks offer a major shift in Picco’s musical research and poetry, in which vast emotional landscapes are shaped by his inspired improvisation. A unique language, the trademark of Picco’s mature sensibility, characterizes this original blend between contemporary and neoclassical piano music.

150 years ago the Morse code, composed by dots and dashes, in some ways preceded the digital era in which we now live. Inspired by the Morse code, ‘Piano Calling’ takes this old communication form as a starting point and a metaphor to catch the listener: a warning message that evolves in music and interacts with the piano, delivering great suspense and mystery.

The album, as an ideal mind trip, leads the listener into unexplored paths reaching a wide range of feelings: starting from the hints of extreme orient in “Miyuki The Angel”, the heavenly sweetness of “Light On You” , moving on with breathtaking “Life Between”, the urgent escapism of “Runaway” and the intense “Solo”.

Speaking about the album, Cesare, at his ninth work, says: If, as I strongly believe, it’s time for a global change, I felt the need to change radically my way of playing. Well, not an actual change: I think I’m committed to evolve into something more direct and intuitive, as my personal way to conceive music as the medium to reach new worlds.

‘Piano Calling’ has been produced by Davide Rosa who talks about his experience with Cesare: I’ve just tried to focus Cesare’s creativity, giving more structure to his compositions and his improvisation. We also did some additional production, a slight electronic touch which enriches the piano and emphasize certain atmospheres.

The artwork, conceived by internationally acclaimed calligrapher and graphic artist Luca Barcellona, features calligraphy and Morse code as the main elements, playing with the analogue/digital antithesis.

all music by Cesare Picco