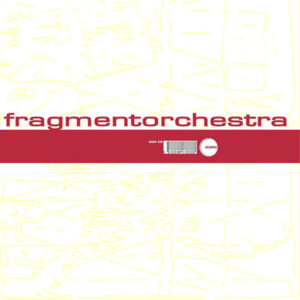 “Carioca” is the real Killer track on this EP – a samba that is electronic, pure club, up- tempo, hypnotic, orgasmic, and that gives no mercy. It’s impossible to stay still with the sound of “Carioca” which is an explosion of groove-samba in which the hypnotic bass reinforces the rhythmic structure and creates a sort of cosmic trip where, at a certain point, the horns which vaguely recall a few arrangements from the maestro Gil Evans, trigger the automatic pilot by giving a flowing freedom to the whole structure of the track. How can it be explained? It just needs to be listened to!

“This disc is the result of one year in the Nu-Sound laboratories. We started working on it in the middle of last spring and we added the finishing touches in February. We liked the idea of transferring into music everything that was happening to us, both artistically and humanly. We have tried to recount it to ourselves and also to the world that surrounds us. We willingly limited the research of a complete stylistic homogeneity between the tracks on the album, by preferring a freer approach to the various genres and by keeping constant the charm of the atmospheres and of the sounds”. It is so that the FragmentOrchestra, or rather Giulio Veltrone and Luca Pernici, recount their project. They are an ensemble in among the most combat-hardened formations of new talents that revolve around the “Maffia” in Reggio Emilia.

The forthcoming release of a new album from the FragmentOrchestra is a given and this 3-track EP is just an advance. Compost, Sonar Kollectiv, Far Out, Edu Lobo, dZihan & Kamien, Egberto Gismondi, Herbie Hancock, and Gerrry Mulligan are possibly the most representative reference points tied to the works done by the FragmentOrchestra.

LP:
A1 Carioca
B1 Sunlit
B2 Water Breeze

all tracks written by Luca Pernici and Giulio Cesare Vetrone
conceived, produced and mixed at Nu-Sound Musiclab by Fragmentorchestra