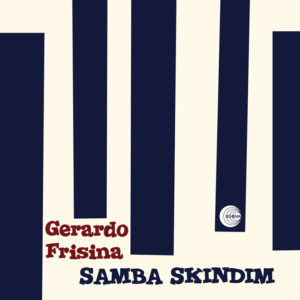 After the successful EP “Donke Dè” and waiting for his new album coming out in November, the Milanese producer and DJ Gerardo Frisina comes again with an amazing new 12” titled “Samba Skindim” of Brazilian music.

Two tracks consist of covers such as “Samba Skindim”, a piece composed by Luiz Enrique in the early sixties and “Solo”, which bears the signature of João Meirelles. The following track is “Ej Estou Aqui” and it differs from the previous ones, as the rhythm is faster and suitable for the dancefloor. The main idea was to conceive an EP with four pieces. After a long period of break in the recording phase, the second track of the original playlist was replaced by “For My Mother” which was dedicated, exactly, to the memory of his mother.