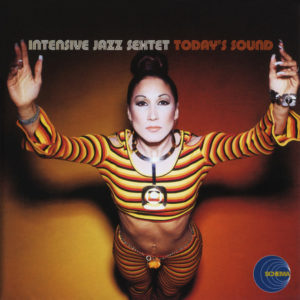 Spacing through the imaginary musical of “Today’s Sound” first of all we can appreciate the structural cut. There is almost a pop suggestion in the search of a “jazz of arrangement”, complex and rich of immediate suggestions, sometimes unreal, poetic, but always anchored to the earth through the strong sense of rhythm. From teh keyboard of his baby grand half buried under old sheet music, books and what other could be blundled in the narrow parlour of an ancient Salentine building, Mauro Tre evokes the imagination of a young composer of uneasy and creative spirit.

In “Today’s Sound” for instance, the lightness of a certain orchestral bossa jazz melts magnificently with the substance of the double rhythmic track of a pressing samba and bossa in 4/4. Thus, spontaneously, any of the peculiarities of “that” sound originally swinging 60’s finds a new contemporary context in which to develop their own plot. At this point it is already evident that the horn section is the fulcrum on which the harmonies of the Intensive Jazz Sextet are laid. Singularly Roberto Forte, Cesare dell’Anna, Giuseppe De Marco and Alessandro Nocco express their past experiences in different ways but each improvisation is part of the arrangement, even when Roberto quotes John Coltrane with his flute. A daring transportation in a drum n’ bass key of the first bars of “Nardis” (M. Davis) that recompose in a context of psychedelic splinters where the sitar marries the melanchonic thoughtfulness of a Bill Evans pianism in a smoke of arcs and brasses typical of Lalo Schifrin thinned by the muted nightish trumpet.

In “Supergiangi va in Brasile” an Afro-Brazilian rhythm flows under the melody from “O Barquinho”, born from knows which sunset in who knows which harbour of that part of Italy that faces east, where the Intensive, distant from the metropolitan automatism, have developed the originality of their music. Rhythm has a conclusive role and also in the presence of a funk pattern in “Bitter -CH”, Massimiliano Ingrosso and Fabio Capone look for the less obvious solution and there is an almost trip hop imprint in the repeated repetition of the figure the effect is different; between modal accords, fluctuating sections of synthesized arcs, acidic Moogs, and Arabic carpets have jammed the touch of Andrea Sammartino and all that makes even more orchestral the sound of “Today” of the Intensive Jazz Sextet, as also teh variegated voice from the deep Abbey Lincoln tone, bluesy and sweet, of Stefania Di Pierro; as the songs open in a labyrinth of melodies. In “Today’s Sound” there is something for all taste from North Africa to the Salento region in Italy then shifting to Brazil and further south.