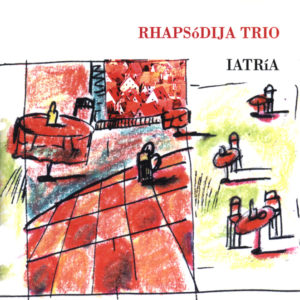 After the first album “Stare Mèsto”, Rhapsódija Trio brings you into a new very particular voyage, whose itinerary is outlined into the development of various musical expressions from popular music throughout time, without neglecting excursions in contemporary music.

“Iatria” has been produced by Piero Milesi, the same producer of Fabrizio De André’s last record.