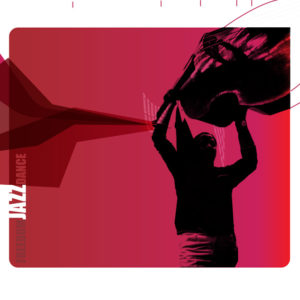 When the Acid Jazz scene was reaching its final stages, in the mid ’90s, the so-called “Dance Oriented Jazz” went through hard times, when it got exhausted by the thousands of productions that flooded the market in those years and by the contemporary switch of interest towards soundtracks (through the Lounge movement) or towards electronic music, decidedly influenced by “dub”.

Schema Records has always been faithful to certain jazz productions that populated the scene in th ’50s, ’60s and ’70s and in particular to labels and artists that were relevant influences. Our label keeps exploring not only the jazz of Afro-American origin (Dizzy Gillespie, Horace Silver, Art Blakey, Miles Davis…) but also the South American Jazz, sucha as the Latin Jazz, and the Brazilian Jazz (Cal Tjader, Mongo Santamaria, Tenorio Jr. Bossa Tres, Sambalanço Trio, Tamba Trio …) and more recently European Jazz (Francy Boland, Tubby Hayes, Dusko Gojkovic, Gianni Basso…).
The huge success of St Germain’s “RoseRouge” in the year 2000, a 4/4 swing ride rhythm made even more brilliant by a vocal sample of Marlena Shaw, and the almost contemporary release of “New Standards” by Nicola Conte and Gianluca Petrella marked the rise of a new way of making dance music: to the ’50s and ’60s jazz attitude, techniques and sounds from the new millennium are added, to create a cool and powerful blend.

The idea originates just from this connection: to propose a “New Standard” that can be freely understood by new generations. I thought that “Freedom Jazz Dance”, title given by Eddie Harris to one of his compositions, could fully describe this project, that’s the proposition of something going over the obstacles imposed by the rigid market laws: the sense of artistic “Freedom”, founded on the base, “Jazz”, and the natural impulse of movement, “Dance”.

Leaving aside the sophisms on the title, one of the true leading men of the scene that we are portraying here is Nicola Conte, his music, his productions, his thought, his own passion and knowledge of music are an incitement to anyone approaching Schema Records.

Nicola wanted to be represented in this project with an unreleased track, “Nefertiti”, that will be anticipate the release of a single and with “Lotar”, taken from “LookOut”, an album by Schema Sextet, that Nicola produced in 1999. This work marks one of the first steps in the cooperation between Nicola and some of the most representative Italian musicians, such as Rosario Giuliani, Fabrizio Bosso, Pietro Lussu, Lorenzo Tucci and Gianluca Petrella.

Another leading man is Gerardo Frisina, who has the merit of introducing to us and turning us on to the productions by Gigi Campi and the Kenny Clarke – Francy Boland Big Band. Through the reissues released on Schema/Rearward, we tasted again the flavor of the music fusion between European and American jazz in the ’50s and ’60s. It’s not by chance that Paolo Fedreghini, drawing inspiration from the Schema/Rearward releases, gives us his version of “Please Don’t Leave”, a Sahib Shihab composition, with a unique and elegant Jazz Dance key. Gerardo is present in this project as well, with an unreleased track titled “Gica’s Dance”, a tune betraying his great infatuation for Latin jazz.

“Freedom Jazz Dance” also presents unreleased tracks by artists that have been working with Schema for a long time, such as trombonist and composer Gianluca Petrella a.k.a. Doctor Abstract, Pasquale Bardaro (Quartetto Moderno), Barbara De Dominicis (in Nicola Conte’s “Bossa Per Due”) and others who recently started working with the label, such as Paolo Fedreghini, Marco Bianchi, Mario Biondi and Alessandro Magnanini.

The undeniable importance of scenes other than the Italian one, compel us, even if this project was conceived as a label sampler, to mention for instance Scandinavia, that now as well as in the ’60s is living a magic moment. Here to represent it is The Five Corners Quintet, with a track written by the legendary Eeko Koivistoinen and produced by Tuomas Kallio from NuSpirit Helsinki. Just as representative, as an example of synthesis and cooperation between musicians sharing the same attitude in this music path is the modern version of “Speak Love” by Big Bang, produced in London by the Italian Simone Serritella with the help of Japanese musicians such as Hajime Yoshizawa, Tomokazu Sugimoto with the Anglo-Saxon singer Alexander.

Our hope is to be able even at a minimum to make even young people understand an essential assumption of jazz. Besides titles, liner notes or mere ostentation of virtuosity, what really counts is a magical element that we feel on our skin, a sensation dramatically changing our listening: “swing”.